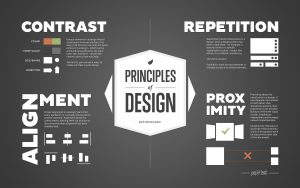 First year students always struggle massively with this huge enemy of theirs called, ‘THE CONCEPT’. As a teacher and a studio director, over the years, along with some exceptionally good concepts and ideas by some exceptional students, I have also been subjected to many funny, ridiculous and at times, downright irritating concepts. How a design teacher is supposed to react when a student, during a design concept submission says, “My concept for a hospital is an apple as ‘an apple a day keeps the doctor away’ means that an apple is good for health so I want to make the plan of my hospital in the shape of an apple.” But the majority of the class is smarter – they choose various design principles as their concept to play safe – unity, harmony, rhythm, symmetry, and so on. After all, all design teachers worship D.K. Ching!

Using design principles is a good idea if you cannot generate a ‘philosophical’ or a ‘meaningful’ concept for your design. But one must understand what that particular design principle does to their design. They need to ask themselves is it suitable for their project? What effect does it create? And what kind of built environment does it generate? Not all design principles fit all projects. I don’t believe in giving examples in any design discussion because I feel that it gives a strong image to students and it becomes very difficult for them to break away from it. But I am going to throw a hazy example here just to make this idea clear – a museum of ‘deconstructivism’ would not speak honestly if the building is designed in perfect symmetrical harmony. (This can be one school of thought. Another can be the exact opposite of it.)

Design principles are tools and the right tool should be used for the right task (read project).

I will pick up an example from the field of film making to elaborate on this (as in India, we only worship Gods and Film stars). If you have seen Nil Battey Sannata, you must have noticed that in some scenes, it had a quite interesting visual treatment. Most of the scenes that were shot inside the house of Chanda and Apeksha, were filmed using a hand held camera. It was done so to portray the instability in their household – the father was dead, the mother was trying her best to get her daughter to study well and get good education and the daughter, a rebel, never wanted to follow what her mother wanted for her. On the other hand, most the scenes at Dr Deewan’s (Ratna Pathak Shah’s) house were shot with fixed camera portraying the stability persistent there. The camera treatment was given a serious thought in the presentation.

The film makers did not use the treatments they used because they knew about them or what effects it can generate; they used them because they found them suitable for the situation and the story. And I think this understanding is crucial for all art and design students.

This blog entry has been written for Mind Rain by Rahul Saini. To know more about him you can visit his website www.rahulsain.in